Uniforms﻿
This section is meant to be a brief overview of the Uniforms for the 101st during WWII and what items would traditionally be worn with them outside of combat.  For instructions on how to wear the uniform and obtain that authentic battle look please see our impressions page.
D-Day Impression
M42 Reinforced Jump Uniform 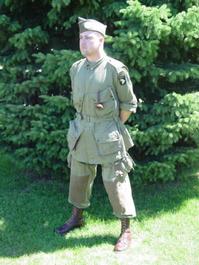 The reinforced M42 is the iconic Paratrooper Uniform worn during Operation Overlord and D-Day.  While only worn from approx April of 1944 to August of 1944 this has been the bread and butter of an Airborne Re-enactor's wardrobe and normally the first purchased when getting into the hobby.

From Mark Bando's website Trigger Time " The classic American paratrooper uniform of WW2 was the M42 jumpsuit. Designed by LTC William P.Yarborough, they featured characteristic slanted belows pockets and flaps secured by two snaps on each flap, Wear began in 1942 and ended some time in 1944. The 101st M42 suits were turned-in after Normandy, to be replaced by green M43 combat suits for the duration of WW2. "

You will need both the M42 Reinforced Coat and M42 Reinforced trousers.  Shades vary but most will look very khaki colored to light green.  Note the Reinforced patches on sleeves, pants and pockets.
D-Day Impression notes: The M42 should be worn with a white T-shirt and a wool shirt underneath.  Fox Company also wore a white lanyard on their left shoulder.  This served to help easily identify their Company after landing.  It can be seen in the famous photo of the 502nd with Eisenhower below.  We normally take an old white T-shirt and cut off about 1/2 inch think piece off the bottom. 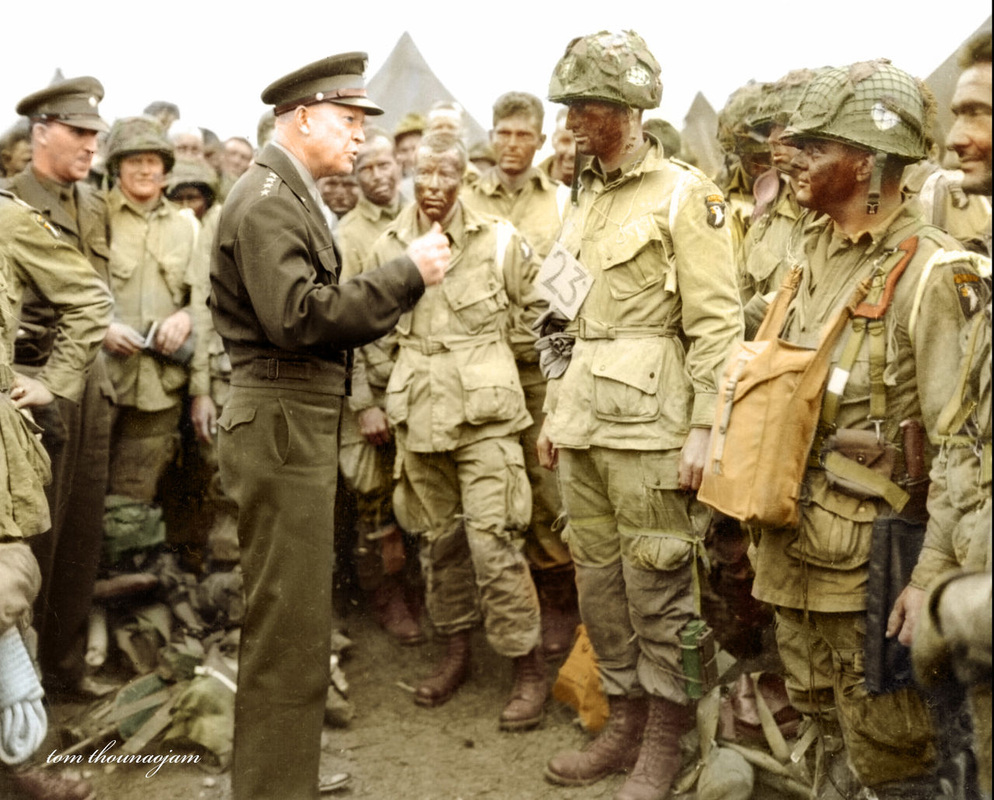 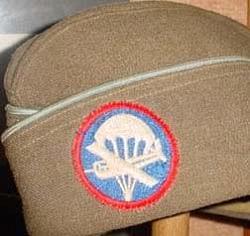 Introduced in August of 1944, the late war patch combined both Airborne and Glider forces under 1 patch.

Many Airborne troopers resented having Glider forces combined under the same patch and sewed the glider patch with its nose pointed downward to signify how the gliders crashed landed.  Other Airborne troopers had a high respect for the Glider forces.  Any trooper who was willing to get in a wooden box, go through enemy flak fire and crash land was deserving to get equal pay and be part of the Airborne forces.

Battle of the Bulge
Battle of Bulge Uniforms
The Battle of the Bulge breaks the rules of impressions by combining everything into 1 category.  Guys grabbed anything they could get their hands legally or otherwise to keep themselves warm.  The Standard Uniform was the M43 and that should be worn by everyone without any US Flag.  When it comes to Outerwear things get interesting.  From Tanker jackets to Mackinaws (officers or enlisted), Overcoats, or simply 43's everything is game.  Instead of an overseas cap a jeep cap is perfectly acceptable. 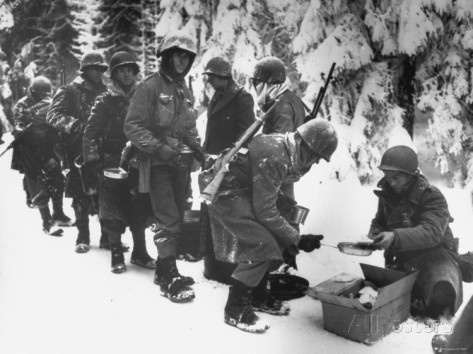 What I love about the above photo is that some guys have overcoats, some only 43's.  Different gloves are shown and most of the guys are lucky enough to have overshoes and variations of scarves and also seen.

Below are pics of an overcoat, overshoes and a scarf.  While overcoat for bigger guys are harder to find, just remember that they run huge.  Never be afraid to try one on as they were meant to go over many layers of clothing.  Your body will love you for it during a long cold tactical in winter weather.

End of the War
The M43's are still the uniform of the day and double buckles mixed with Jump Boots are the acceptable footwear.  The M43 would not be worn with a US Flag and many times rank.  Most 101st troopers cut the legs ties off of their Rigger modified M43 trousers, but as we do multiple time frames keeping them is allowed and preferred. 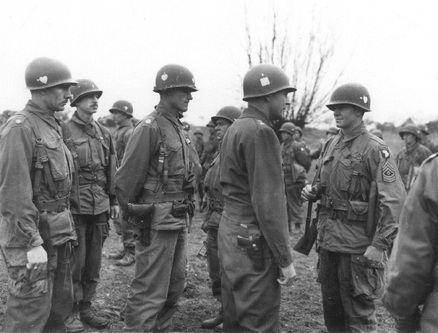 Enlisted Class A's
4 Pocket Blouse
The standard 4 pocket blouse was worn from the start of WWII all the way until the 2 pocket Ike Jacket was introduced in early 1945.

2 Pocket Ike Jacket
Introduced in 1945 and named after Dwight Eisenhower, this new Class A became the standard dress Uniform.  Many troopers wore either the 4 pocket or the Ike jacket depending on preference.
Proudly powered by Weebly