Web Gear
D-Day -   this impression is about bringing as much as you can into battle and you can never have too much on you and stuffed into your pockets.  See our impressions page for details on how to wear the gear. 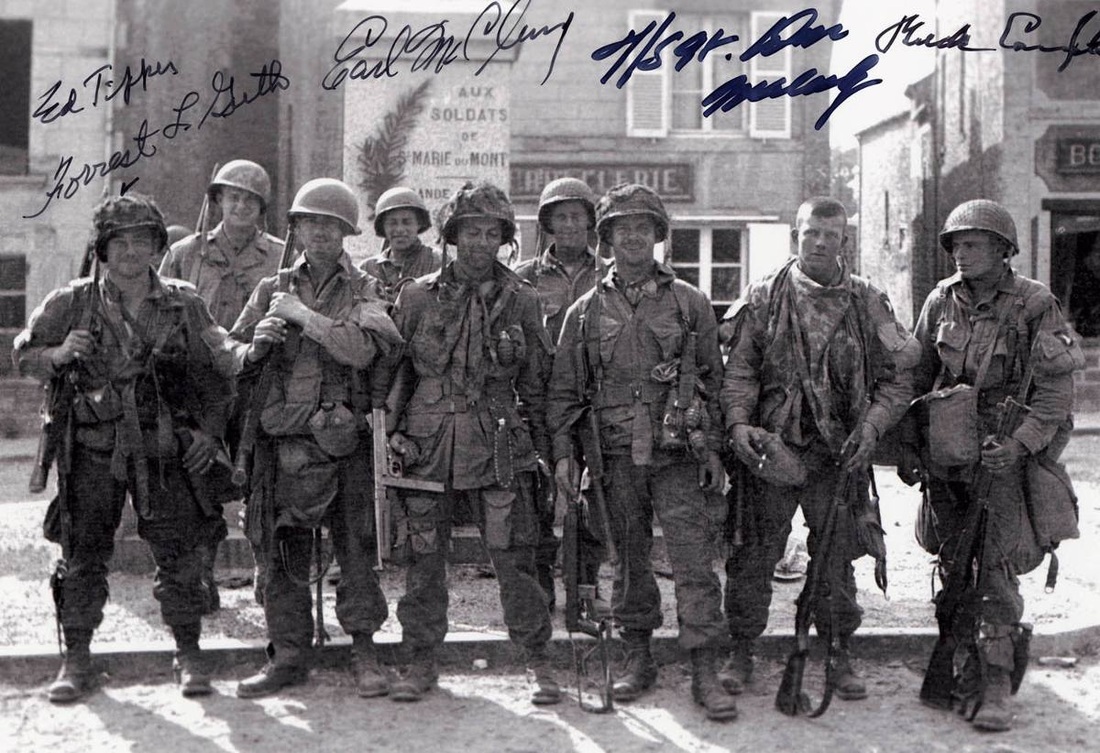 One of my favorite pictures above of Easy Company 506th "Band of Brothers" - you can see that while personal preference varies as to exact gear each trooper decided to wear, they all had a lot of it and in multiple configurations. 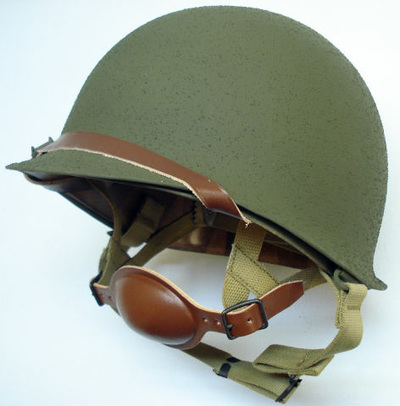 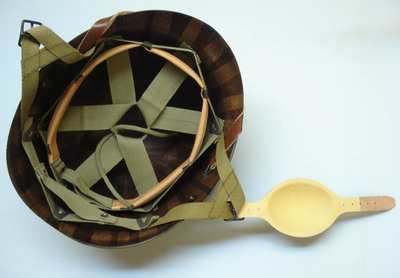 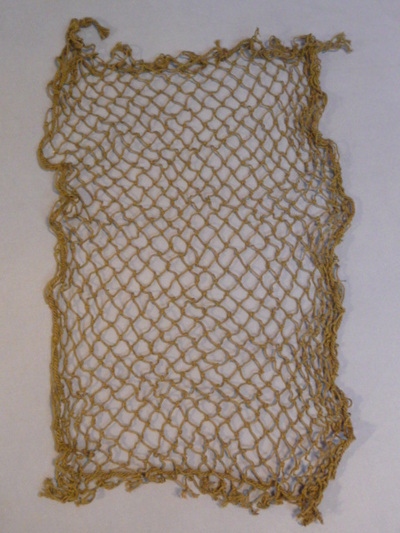 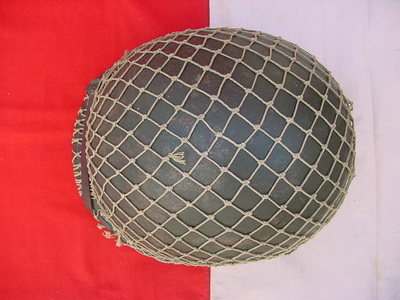 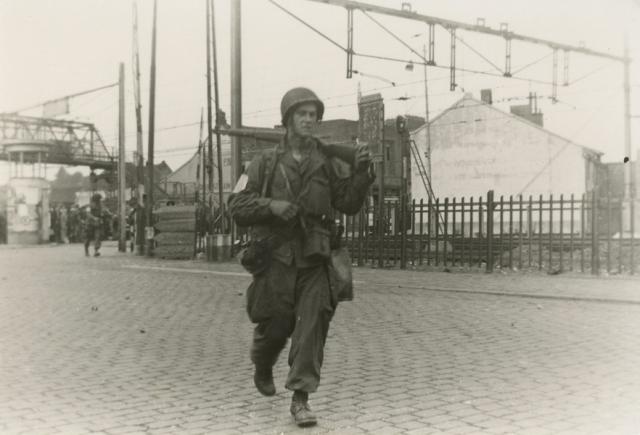 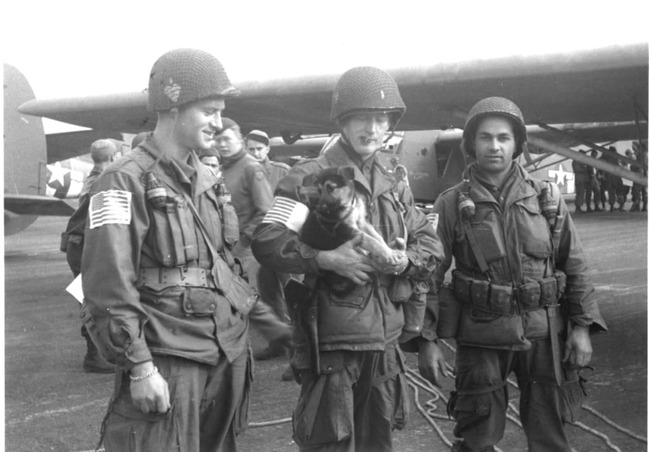 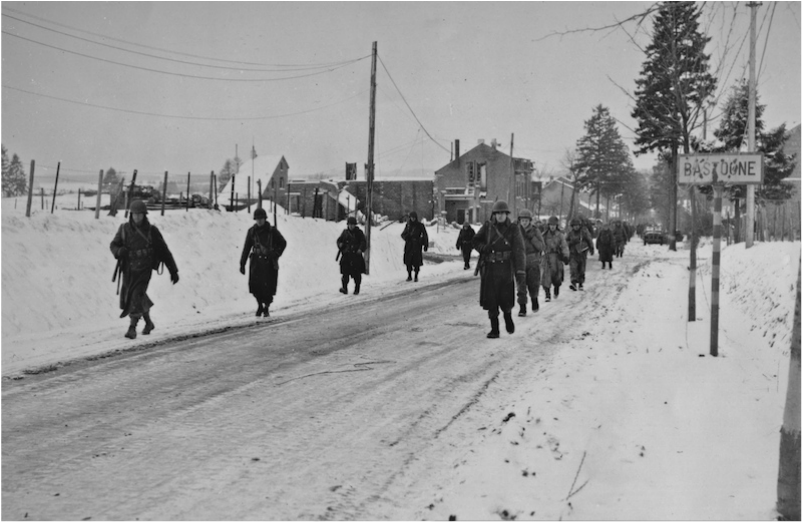 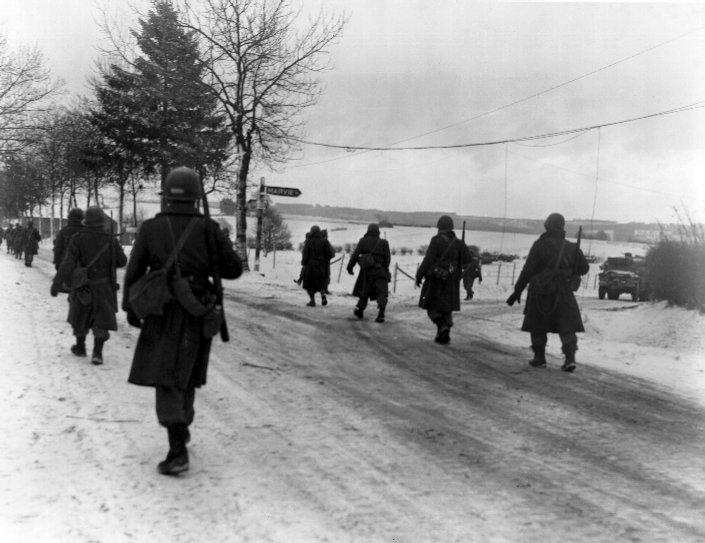 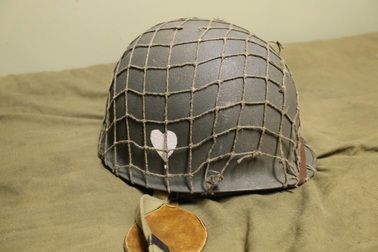 Market Garden Helmets
Market‐Garden saw a few changes to the helmets. Most notably, the lack of scrim on most helmets. There were still a few guys who used scrim, but the vast majority went with a net alone. Also, as I mentioned earlier, it was very common to see the para first aid kit attached to the net for this campaign.
Battle of the Bulge to End of the War Helmets
Sunglasses 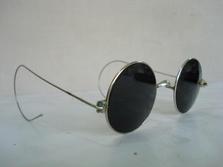 All too often we see airborne re-enactors sporting aviator style sunglasses. I've always wondered where the fad came from and if it was in‐fact common among WWII paratroopers. So I looked through my original photos. In 372 pictures of both the 82nd and 101st Airborne Divisions, six showed troopers wearing sunglasses. All but one was taken in a non‐combat situation. Three were taken while training in the states before shipping out, two were post‐war, one was taken in Holland. Only half of the six I found showed troopers wearing the “air‐corps” style glasses. The others (including the only photo taken during combat) showed them wearing dark, round
glasses that looked like this.  I have never seen a photo of paratroopers wearing sunglasses in the weeks leading up to D‐Day or during the Normandy campaign.
Trenchknives
Now lets talk about trench knives. I saw a video on YouTube this summer in which Jim Martin of the 506th PIR 101st says no one in his company was issued trench knives. That may very well be true, but I can assure you that most every platoon/company/battalion/regiment in the 502nd PIR 101st was issued trench knives. So now that that’s out of the way, lets talk about the sheaths. If you are at a D‐Day event, you must use the leather sheath for the M3 (below left). The green plastic one had not been issued yet, and thus was not worn on D‐Day. It started to pop up after that. My general rule is if the event is a bulge or later theme, wear the plastic sheath (below right). Before that, the leather one was much more common.
Proudly powered by Weebly